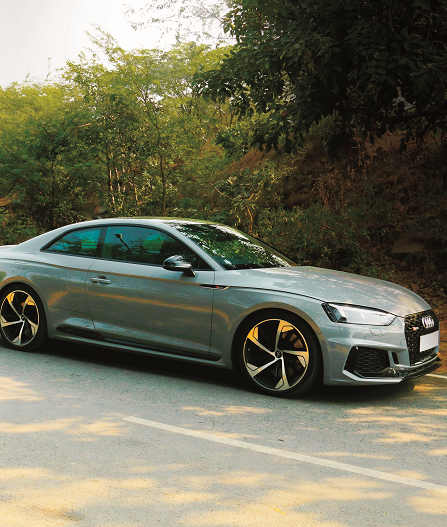 Will the rise of the performance SUV endanger our beloved sports car? We investigate.

It all starts with a road. A road strewn with corners everywhere and there I was having a ball of a time behind the wheel of the Audi RS5. If your knowledge of fast Audis is a bit lacking, the RS5 is a sports coupe with a 450 bhp twin-turbo V6 and the famed Quattro AWD system giving its four wheels a leech like grip.

What this means is that the RS5 is a fast sports car with a seemingly endless supply of grip and poise. However pretty soon I spy the menacing gaze of a massive SUV filling up my rear-view mirror rather quickly. Upon closer inspection it is the Porsche Cayenne Turbo or in other words the best SUV in the world if you do not want an SUV in the first place. Confused?

Well, let me clarify, as today we have two cars from different genres but closely related in being made with the aim of being performance cars. The term ‘performance car’ is no longer confined to a particular type of automobile, as the Porsche Cayenne proved when it was first launched and subsequently tore up the performance car rulebook generation after generation.

The Cayenne Turbo is a breed of cars that are the equivalent of a Swiss army knife. Yes, on the face of it, the performance SUV today poses a threat to the evergreen sports car. The fact that a performance SUV will take up all of your shopping or even do a small bout of off-roading while plastering a grin on your face when driven through some corners, suggests how far SUVs have come. So where does that leave the sports car?

Well, I had a tough time in trying to outrun the bloke in the ‘heavy’ Porsche SUV. Granted the RS5 in these images makes 450 bhp while the Cayenne Turbo makes 550 but the extra weight makes the performance somewhat similar. However, it’s the advancement in engineering and spooky technology that makes a heavy SUV nearly corner with the glee of a sports car.

The lightness, delicacy and the fitness for purpose which the RS5 exudes at the first press of its accelerator pedal is something only a sports-car can possess.

No doubt performance SUVs are mushrooming the world over and you can see why. They are fast and can deliver you the thrills but without the spills as you do not have to worry about camera phone flashes, ground clearance or lack of practicality.

The Cayenne Turbo is a perfect example of that and it is reason alone to elevate it as one of the motoring greats. However, a sports car like the Audi RS5 ultimately offers that extra slice of motoring nirvana which an enthusiast needs or wants when buying a car like this. So yes, while this was obviously not a comparison, it showed how varied and evolved the performance motoring landscape has become. However, one thing is clear- the performance SUV is no longer an oxymoron. 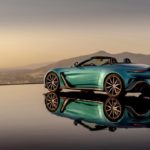 The ultimate expression of style,
sound and speed 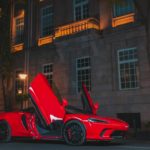 McLaren will make its India debut with the opening of its first retail outlet- McLaren Mumbai in October.